Favorability of Financial Institutions Vary Based on Local versus National Banks

Albuquerque, NM. – New Mexico residents are more favorable towards local banks than they are national banks. According to the 2020 Garrity Perception Survey, Local Banks are viewed as the sixth most favorable of the 17 industries included in the research findings. National banks are the 15th most favorable institution. The scientific survey among New Mexico residents was conducted in late January 2020. “By their nature, local banks have a unique connection to the community; that affinity is clearly reflected in GPS findings,” said Tom Garrity; President and CEO of The Garrity Group Public Relations. “The changing world of community banks and credit unions have created some mergers of convenience. However, despite new names and expanded customer segments, local banks continue to be known for their community connections.”

Jerry Walker, president and CEO of the Independent Community Bankers Association indicated in a 2020 Perception Broadcast that the number of local community banks in New Mexico has dwindled from 46 in 1991 to 33 this year. “NM is slow going into and slow going out of a recession,” says Mr. Walker. “With our regulatory environment, with the gross receipts tax system and corporate income taxes, which some bordering states do not have, we expect our business growth to be slower this year.”

National banks have routinely ranked lower than most other industries on the Garrity Perception Survey. The highest score for the industry came in 2015 with 41 percent of those surveyed having a favorable view. The lowest level of favorability was a mere 30 percent, in 2017. Favorability increased in 2020. 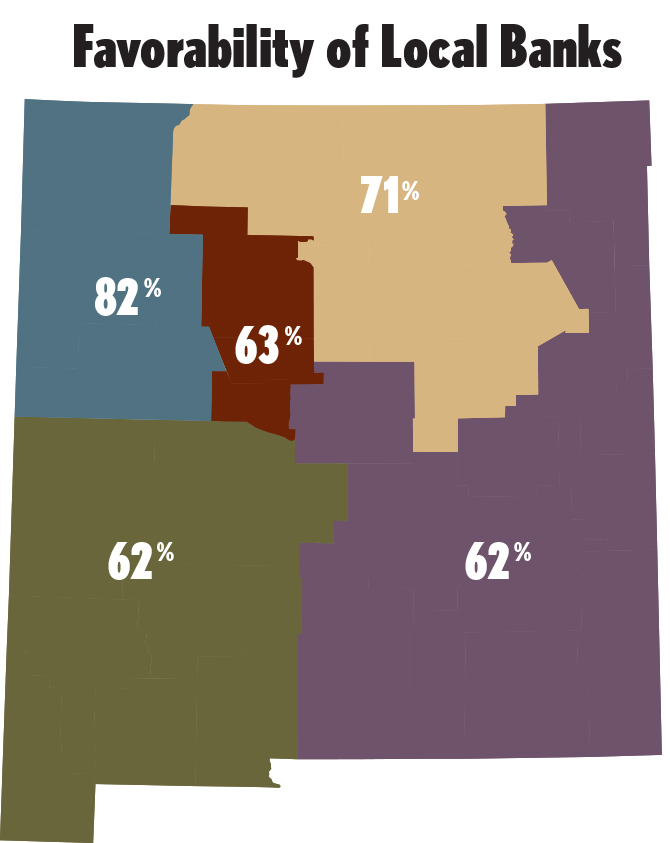 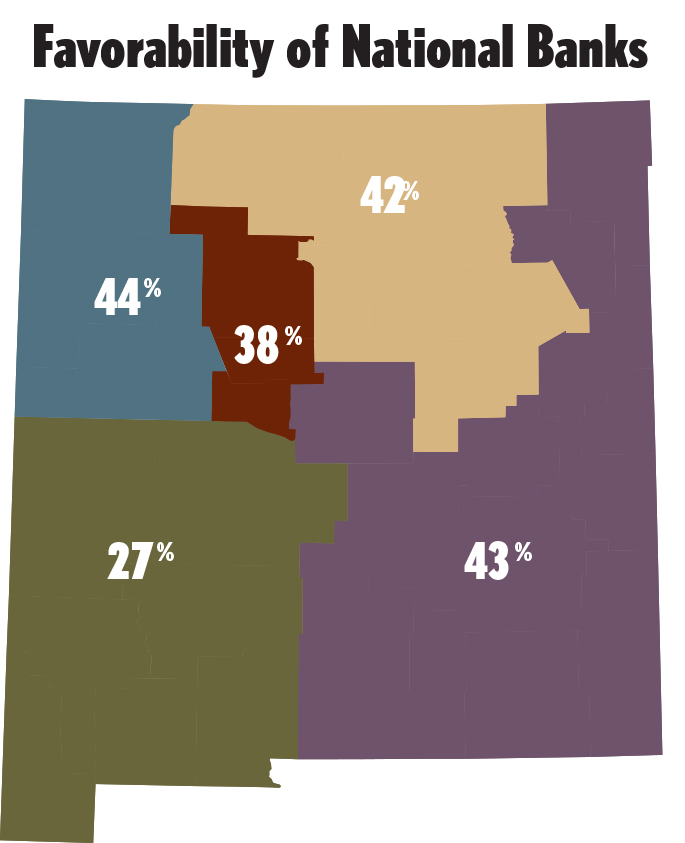 The 2020 Garrity Perception Survey is a scientific survey of New Mexico residents conducted by Research & Polling Inc. The survey has a 95% level of confidence.  The Garrity Group first commissioned the survey in 2011 and makes its cross-tab data available to help its clients identify and understand their target audience. The PACE solution leverages the demographic and geographic insights as a way for our clients to be relevant before their New Mexico audience. Identifying how our clients are Perceived by their Audiences, we Create a way for them to Engage relevant advocates.