Tracking the Shift in How New Mexico’s Residents Access News

In 2011 that newspaper ranked as the second most accessed information source in New Mexico. Fast forward to 2020, it dropped to fourth out of six sources, behind internet news sites and radio. Charting the shift of how residents access news is as interesting as its demographics. Two general assumptions typically haunt New Mexico newspaper perceptions. One is that the medium caters to older residents. The other assumes high use among higher income earners. New Mexico residents over the age of 65 are still among the most loyal for the local? National? Both? newspaper industry. Sixty percent of New Mexico seniors prefer getting information from newspaper. That audience has declined only 11 percent since 2011. It is the smallest decline of the four demographics measured in the annual survey. Interestingly, this age group is also? embracing internet news sites. Since 2011, their consumption of digital news has increased by 65 percent.
The younger demographic, 18 to 34 years of age, is where the biggest decline was measured. In 2011, only 55 percent of Gen Yers/ millennials (born 1980-1994) accessed newspaper as an information source. In 2020, only 28 percent of them turned to a newspaper in either its print or online form. Comparatively, 68 percent of this group accesses information from internet news sources. In 2011, income was a barrier for those who wanted to cross the digital information divide. New Mexico residents earning less than $20,000 a year accessed internet news sites only 38 percent of the time in 2011. Greater affordability and access to technology resulted in this group of wage earners increasing their use of internet news sites by 10 percent in 2020. Here’s where it gets interesting: The most loyal income demographic for the newspaper industry, according to the Garrity Perception Survey, is the population earning less than $20,000 annually. This group’s use of newspapers as an information sourced is unchanged, 53 percent, when comparing 2011 and 2020 scientific surveys. Despite having increased access to technology, they remain consistent in their reliance on newspapers, whether printed or online. Political affiliation comes into play when understanding the traditional newspaper audience. In 2011, 84 percent of Democrats were accessing newspaper as an information source. By 2020, that number declined by 40 percent. Republican use declined 37 percent, and politically independent residents’ use declined at a rate of 38 percent over the same time period. Geographically, Eastern New Mexico residents had the largest decline in use of newspaper as an information source. In 2011, 89 percent of residents indicated a preference for newspapers. Fast forward to 2020, only 37 percent of residents indicate it is a preferred way of getting information, a 58 percent decline. 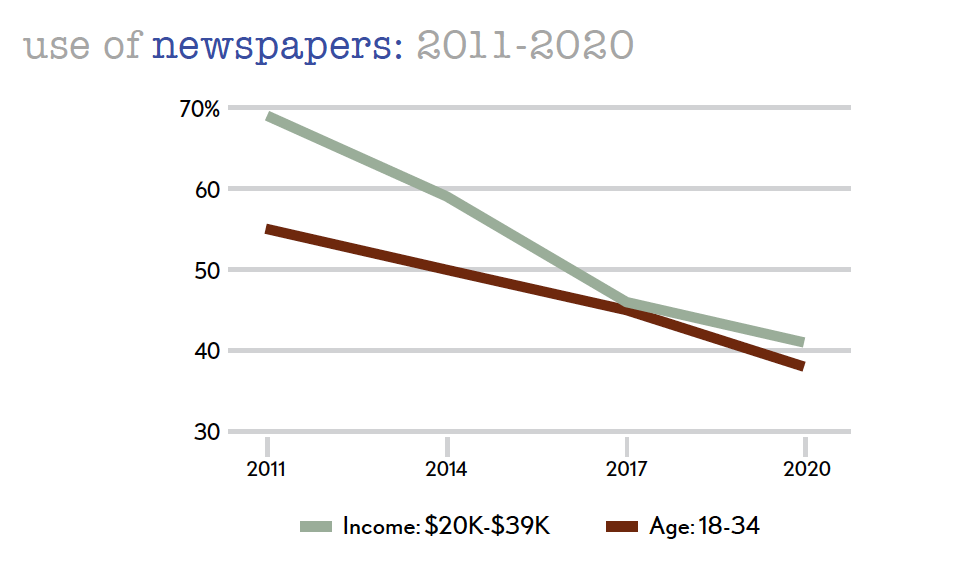 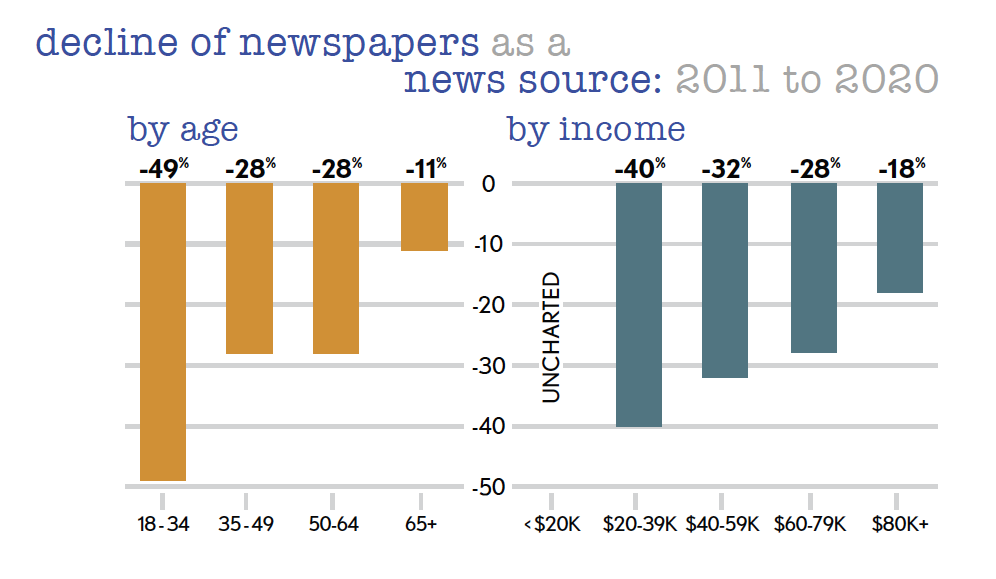 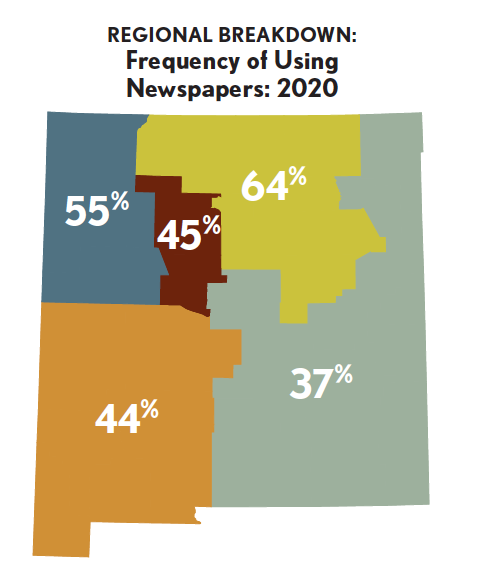