Police Officers Among Most Trusted Professions in New Mexico

Police Officers Among Most Trusted Professions in New Mexico

“Family members, teachers, doctors and scientists are the people and professions New Mexico residents trust, followed by police officers and religious leaders,” says Tom Garrity, president of The Garrity Group Public Relations. “These professions with greater than 50 percent trust are in an enviable position of sharing information about their profession without having to explain or clarify perceptions. The tragic police killings in Minnesota and Georgia have flipped that narrative creating a referendum on everyone in the law enforcement profession.”

While New Mexico residents trust police officers, the trust varies based on geography. Residents living in Northwest and the Santa Fe/North Central region have a higher level of trust than those living in Las Cruces/Southwest New Mexico.

Starting in 2012 and culminating in 2014, there were a number of high profile incidents involving law enforcement throughout New Mexico that negatively impacted trust of police officers.

Since 2014 a number of law enforcement entities, led by the Albuquerque Police Department, refocused communication and outreach on the communities, providing more transparency about their profession. Specifically, the Department of Justice investigated APD and eventually reached a settlement agreement with the City of Albuquerque. 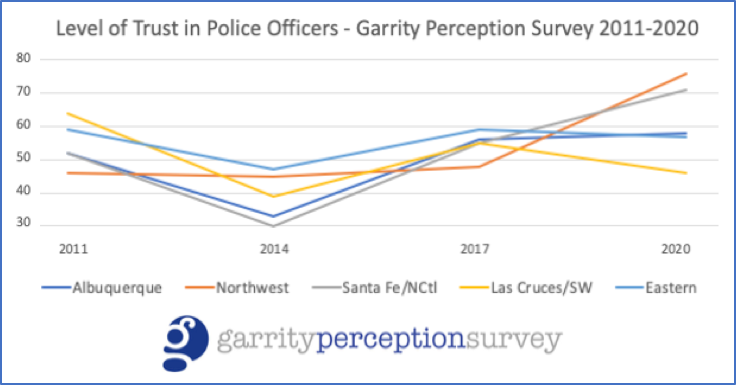 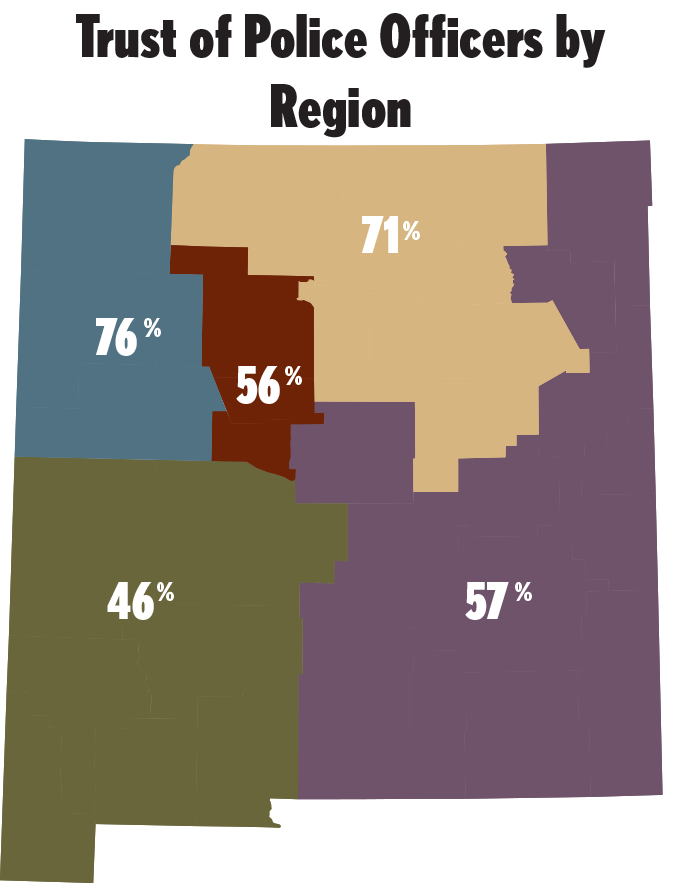