Catharsis of the morning newspaper 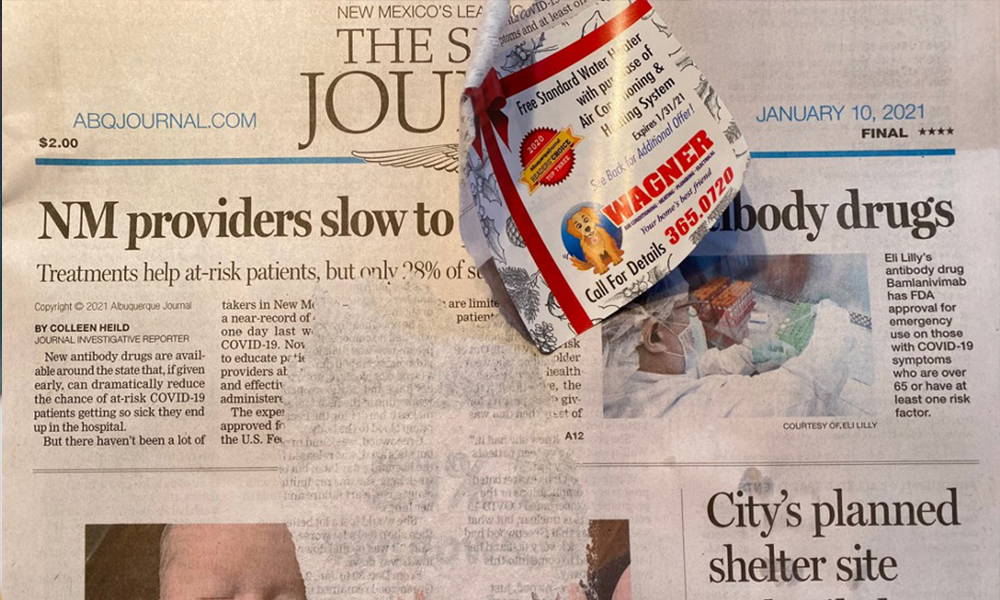 Catharsis of the morning newspaper

Reading the newspaper is a morning ritual that spans generations in my family.  I remember seeing all of my grandparents reading newspapers. They all had their preferences and called dibs on certain sections (news, sports, lifestyle).

That tradition was passed on to my parents. I remember my dad in the kitchen, each morning, surveying the newspaper and providing commentary on events of the day, cutting out comic strips for my sister, brother and me.

For a time, it was the Houston Chronicle in the morning and Houston Post in the evening; then just the Chronicle. Mom is partial toward the Wall Street Journal, treasuring her Saturday mornings to catch-up reading a small stack of papers.

For me, reading the newspaper while scanning radio and television was an occupational hazard of being in the news media. When I moved to Albuquerque and KOAT-TV, my morning news habit included the Albuquerque Journal. In the afternoons I’d take a hit off the Albuquerque Tribune.

While television and radio news has remained relatively unchanged, newspaper has seen the largest encroachment on its real estate. The Tribune went away, entertainment and business tabloids started to flourish. Now blogs and podcasts are very popular. The Albuquerque Journal is published in The City Different in partnership with the Santa Fe New Mexican. Rail cars of paper and ink no longer pull into Journal Center (at least that I know of).

Despite the changes, the newspaper is still delivered. On one morning’s pilgrimage to my driveway, searching the gravel, yucca and pinion I discovered the newspaper, along with an “ah ha” moment.

My initial daily newspaper experience is based solely on the performance of a contractor. A team of professionals report, write, edit stories, layout and print the newspaper. Then they hand its sections to a contractor who assembles the sections, bundle the paper, drive a route and hope it can all be accomplished before normal America wakes up.

Quality control of the final product and its delivery is left in the hands of someone who is trained, equipped and paid… but not an employee. Most of the time, the paper is delivered with great success within an acceptable radius on my driveway. Other times, not so much.  I’ve had those annoying advertising stickers, pasted on page one, covering a lead story; one Sunday I received an extra section of comics in lieu of any news sections (which was okay, in a way).

I didn’t call-in and ask a circulation manager to deliver a pristine newspaper. I just read it on my iPad. Reading newspapers on my iPad is something which is commonplace. I try to read the ABQJournal, Santa Fe New Mexican, Wall Street Journal and a few blogs on that same iPad. The delivery is based solely on my ability to remember to pay my Comcast bill and charge the tablet.

Oh yeah, the “ah ha” moment… what customer-facing aspects of our firm are facilitated by contractors? There is nothing wrong with contractors, we have several professionals who provide insights and contributing to our expertise. The “Ah Ha” is the answer to this question: do they have the right training that doesn’t just check the box but also provides a shared vision into the organizational culture.

Whether it is a team to help us build a website for a client, a contractor who is a subject matter expert or a newspaper delivery team… do they have the training and capture the organizational culture? Mistakes will happen, no doubt. Fixing mistakes with the humility of organizational culture can let your customer know it truly was a mistake.

It is a melancholy convenience to read the newspaper on a tablet. I fondly remember the days when a bundle of newspapers would land with a thud on the driveway, thumbing through newsprint with a cup of coffee in my right hand, talking about the days stories with mom and dad… a ritual that is quite cathartic. It is a ritual that is made possible by a contractor.

Tom Garrity is the president of The Garrity Group Public Relations. Before starting the firm in 1997 Tom worked as a member of the news media as an Emmy-award winning producer, reporter, and manager for television, radio and print media in Houston, Dallas, Miami, Billings and Albuquerque.

END_OF_DOCUMENT_TOKEN_TO_BE_REPLACED 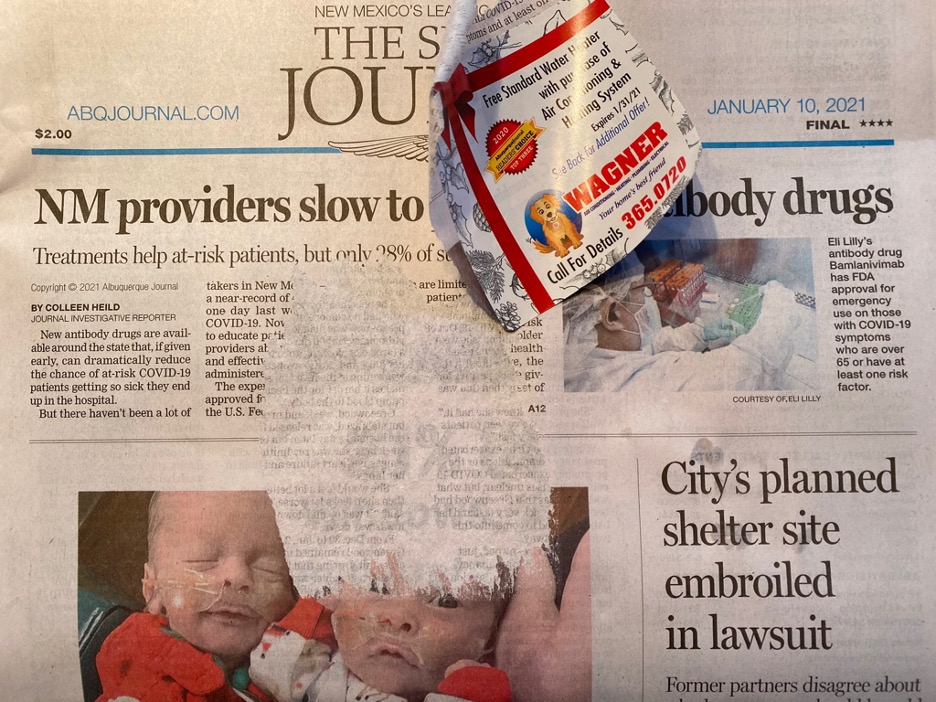